This exhibition marks the end of my year long graduate artist-in-residence at Coventry ArtSpace. It took place during the coldest weeks of the long winter Covid19 lockdown which lead me to invent ways of reaching and engaging a local audience in Coventry who I couldn't reach face-to-face, or allow into the gallery space, but who had expressed a pressing need for new visual culture. This lead to the exhibition being accessible on different levels, as a window exhibition, as augmented reality, as a website and as a soundwalk of my writing and poems about my encounters with other lives in Coventry's ecosystem that would be available in Coventry parks long after the exhibition.

One of the things I did during the residency was to set myself a task of trying to ascertain the soul of Coventry via its litter. Although, from the start such a task could be considered as doomed to failure - how could a set of buildings have a 'soul'? The resulting collection of human and botanic detritus became a set of icons by which I came to understand Coventry as an amalgamation of living things, with every being making use of the space as it understood it as an organism connected with the ground.

'Library of Litter' reconstitutes this body of work as sculptural documentation and reorganisation of references to my finds, which are to me, as a library is, a flexible body of made of parts that can be revisited, and withdrawn from. Whose meaning is deeply bound to external reference but is at the same time loosened (they are just objects, they are just books) from those references and dangerous in their state as forgotten things.

I began to think of the process of littering as a bit like a sharing of body parts; parts of selves are dropped and become part of a communal whole. The parts though remain themselves and carry meaning from their former lives but also now exist in a different phase more associated with decay, death and then rebirth. When the objects dropped biodegrade this cycle works, as with the botanic objects of leaves and seeds, etc. However, modern human litter often takes too long to biodegrade to be useful to a circular ecology that uses litter to feed the organisms growing on it. Instead, it causes great damage.

Through thinking about litter I came to understand that we all drop things, that this is part of the organism we are, and that we share this activity with other organisms even though our connection with the ground has stopped working so well.

A early thread of my research revolved around the shape of Knopper Wasp oak galls which I found in abundance on the ground in Coventry's parks. I used these as a focus to make practice-based sculptural research about inter-related species lifecycles and how DNA and environments are altered by parasitism. By the time the solo show rolled round this research had begun to meld functionally with my later thinking, as pushpins made with resin cast gall interiors that became integrated in End Papers and Thing Blindness. 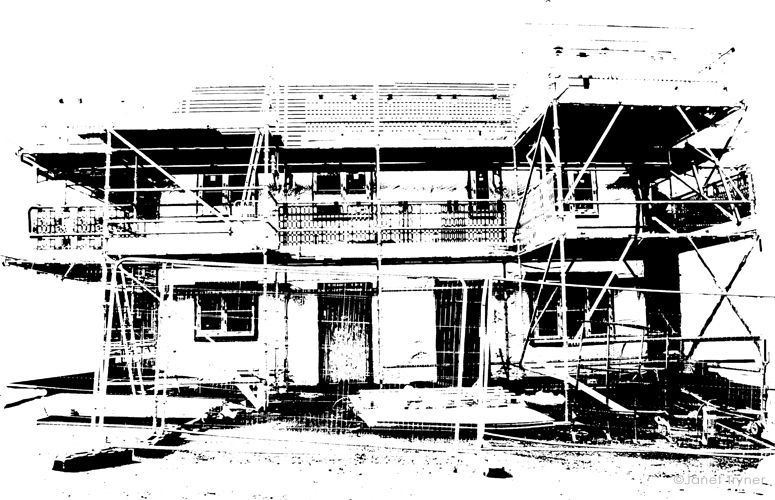