Calling Earth Stars was made as a micro commission for The Core Theatre & Arts Complex, Solihull 'Small is Beautiful' series of commissions in 2022. It combines vinyl floor stickers with a layer of augmented reality in AR.js.

My piece was intended to bring the outside inside. It was inspired by a delve into the shrubbery in Theatre Square where I discovered four small earthstar fungi. I visualised a conversation between these and a network of connections between them and their greater environment, pulling in an idea from cosmic biology that postulates life could have travelled to our planet via fungal spores. 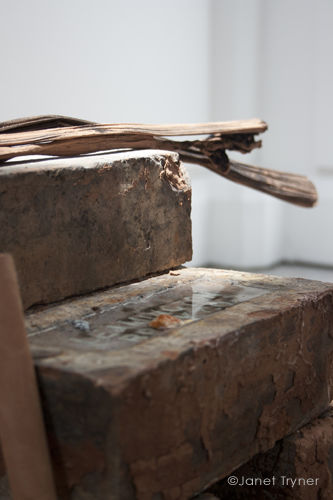